"I’m rather like a travelling salesman. I deal in ideas. I am far more to people than someone who paints pictures."

The painting Elisabeth by Martin Kippenberger (b.1953 - c.1997) was first shown in the notable exhibition German-speaking female gallerists at Six Friedrich Gallery, Munich in 1984 where Kippenberger exhibited paintings alongside artists Werner Büttner, Georg Harold, and Albert Oehlen. Kippenberger painted Mechthild v. Donnenberg, Helen von der Maj, Ulrike Schmela, and for this piece Elisabeth Kaufmann; a Swiss gallerist who had run a gallery in Zurich since 1974.

Martin Kippenberger has achieved cult status since his death in 1997 and his experimental, outlandish and eclectic style has made him one of the most significant artists of his generation. Kippenberger is infamous for his humor, outlandishness, and collaborative involvement with the artistic community (he was part of the the “Neue Wilden”(neo-expressionist) group of young german painters including  Werner Büttner, Albert Oehlen, and Günter Förg). Neue Wilden group was interested in a return of figurative painting after a period of high modernism, hard-edged abstraction, and minimalism. Both collectively and within his solo practice, Kippenberger reanimated an attitude reminiscent of dada; an undermining of viewer expectation whilst expressing a kind of jubilant nihilism in the genre painting. Working at a time when critics were heralding the “death of painting” - Kippenberger embraced and combined diametrically different styles, often within a single work. Known for his self-portraits, Kippenberger also painted portraits of people he encountered in the artistic community throughout his career.

"These young Germans, like true youth everywhere, are obsessed with the decay of both art and meaning, which they have decided to enjoy with as many crocodile tears as possible" 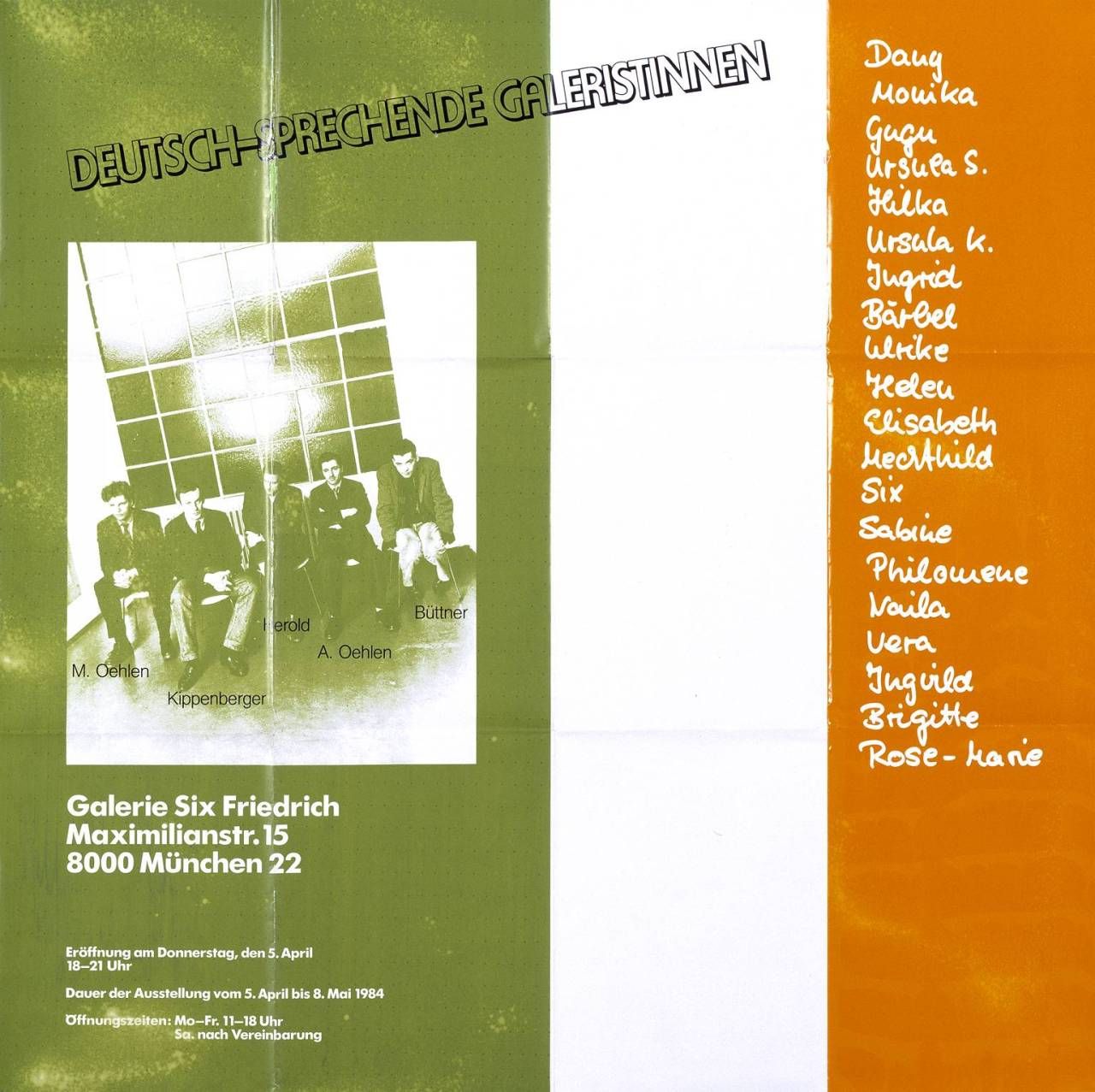 Excerpt of a review by Donald Kuspit, which reflected on the paintings of Martin Kippenberger and the Neue Wilden group of young German painters in Art Forum, January 1985:

I admire these artists’ quirkiness, irreverence, and contempt. I first saw their work several years ago in Germany, and I’m glad to see they’ve become still more perverse or saucy, to use a word they like. One can label their work neo-Dadaist, which suggests that their attitude is more important than the objects they make. Certainly, they seem to aspire to become sacred monsters, although that’s nothing you can work at, even when you have command of seemingly limitless reserves of (Dadaist) disgust; the world makes your monstrousness happen.

However large the range of their activities—they write as well as make music—it is as painters that these artists exist in New York. No doubt their painting is just another kind of performance, but it leaves behind a deliciously smelly residue. It is this odor of garbage that attracts us. We sense that the artists are trying to set painting right after it has betrayed us by pretending that it can become attractive flesh hanging in museums and apartments. Garbage must be garbage, in the name of the honest truth; this claim of authenticity is a traditional one, like many others around today, but it’s harder to resist than the others, for history and art history’s pile of garbage continues to grow. Compost heaps are never out of fashion. These young Germans, like true youth everywhere, are obsessed with the decay of both art and meaning, which they have decided to enjoy with as many crocodile tears as possible. They have seen through everything; they know the shiftiness of everything; they know shit is the only substance eternally present. They quote Dali with approval: “I don’t like it when something goes in the nose and comes out the anus, but I love that which slips in the anus and exits through the eye.” They have restored paranoia to its original anality, making images and meanings, and of course paint, into so much shit they playfully offer the world that has mothered them.

The exhibition Hotel Drawings was shown at Marc Jancou’s Gallery London Projects, in 1997, shortly after Martin Kippenberger’s untimely death at the age of 44 that same year.

Over the course of his short career, Kippenberger made hundreds of drawings on hotel stationery, chronicling his extensive travels living across European and American cities. Kippenberger often stayed at hotels for weeks or months at a time, but he also set out to deliberately collect hotel stationery from hotels he didn’t stay at; using this paper as a kind of ‘readymade’ object and a marker of a specific time and place.

Each drawing in this series acts as a discrete work in its own right whilst also reiterating and extending painterly concerns of Kippenberger’s larger output. Imbued with an impulsive vitality, the works reflect the life of an itinerate; the rough-drawn figures and scribbled diaristic thoughts seem to give us a posthumous insight into the artist’s mind.

Kippenberger’s ceaseless and widely varied production came to an abrupt halt when he died of liver cancer in 1997 in Vienna. His hotel drawings offer a unique point of reassessment to the artists’ boundary-pushing and expansive drawing and painting practice.