“When I work I’m like Dr. Frankenstein, reconstructing the corpse or pulling many dead ideas into one whole. This is a scientific reconstruction but full of horrible doubt that what I do will get out of control. I mean, what happens if I get my hands on a bad brain?” 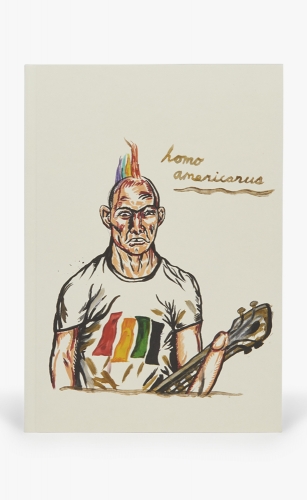 Although geographically separated on the East Coast or West Coast of the USA, Steven Parrino (b.1958 - 2005)  and Raymond Pettibon (b.1957) are both artists born and raised in the world of punk and punk music, who have gained notoriety in the contemporary art world for their translation of this subculture into the gallery.

Both Parrino and Pettibon are broadly recognized for their irreverence and broad, unapologetic critique of American high and low culture, with scathing and mocking criticisms of politics and power sitting side by side with pop and trash-culture references. Parrino and Pettibon have also both produced Zines with punk aesthetics throughout their careers, a medium noted for its rough, photocopied, and low-fi production, spreading counter-cultural messages. However, it is notable that both artists have been embraced by the art establishment, with Parrino known primarily for his relief paintings expanding on canonised histories such Modernism and Action painting, and Pettibon, known for widely exhibiting within museums and white cube galleries, despite a somewhat antagonistic relationship to these institutions. 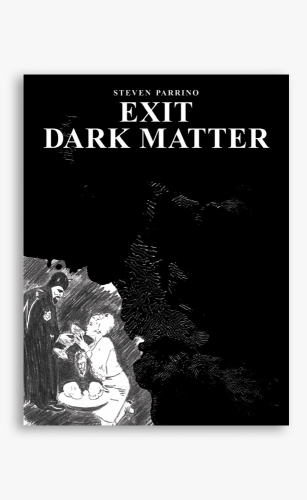 Steven Parrino, born and raised in New York, was a member of the New York’s late-70’s punk and multimedia culture and played in several punk/noise bands (notably Electrophiliphia alongside painter Jutta Koether). Made shortly before his death in 2005 in a motorcycle accident, this collage by Parrino references his larger series of comic book style drawings ‘Exit-Dark Matter’. The series has wide-ranging American political and pop-cultural references, from Charles Manson, Courtney Love, and icons of protest culture from the last thirty years all gathered in the project.

Raymond Pettibon was born in Hermosa Beach, California. His fame grew from being the creator of flyers, posters, album art, and the logo designer for the infamous LA punk band Black Flag as well as Sonic Youth while engaging with the anti-establishment underbelly of the Californian contemporary art scene. Made early in his career, this drawing, done by a prolific young Pettibon, shows his typical criticism of the farcical and fanatical nature of American Politics, his figures - drawn in signature comic book style, often speak in speech bubbles, or rely on simple text to narrate the scene. 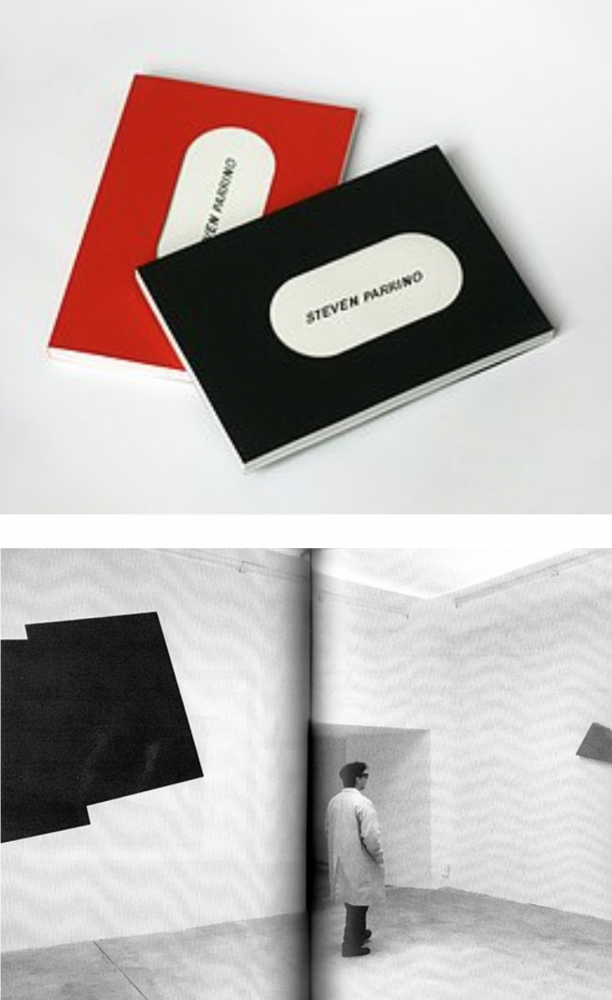 Below is an excerpt from a review by Adam Leher’s review ‘Radicalism Comes From Content: Steven Parrino In Dallas’ 2017

As was often the case for artists, musicians, filmmakers, and poets working in New York during that era, punk culture had a powerful effect on Parrino’s psyche and artistic process and you can see that on the surface of all of his artworks. In fact, his artistic output seems to visualize the ideas that were sonically explored by bands like Mars, DNA, The Contorions, The Voidoids, and others. Just as the early punks and no wavers worked with formalist pop and rock music conventions only to exploit, destroy, or subvert them; Parrino worked within the formalist conventions of art-making (monochrome paintings, modernism, action painting) and then utterly tore those conventions apart with his belief that “radicalism comes from content” and not necessarily from form.

Punk rock and no wave were not all-together radically new forms of music. Even something as seemingly extreme as Teenage Jesus and the Jerks worked with guitar riffs and other Chuck Berry-isms. But Lydia Lunch and others were able to find something drastically new by tearing those conventions apart at the seams. Parrino, like those early punks did with rock music, referenced earlier forms of art-making, but also fearlessly sought the new. He destroyed conventions literally with his monochromatic paintings by often tearing, slashing, and otherwise destroying the canvases that he worked on. He was also fascinated with new media, like photo collage, and he was a pioneer in video art.

In 2011, Marc Jancou Contemporary exhibited Steven Parrino and Raymond Pettibon alongside each other in the exhibition ‘Blankness is Not a Void” which also featured the artist Scott Campbell. Curated by Marc Jancou, it created a dialogue between Pettibon’s 1980s Punk Rock imagery and the Romantic, mannered works on paper of Parrino, encouraging viewers to re-evaluate American “low” culture by considering the commonalities among these particular artists' chosen content and use of materials.